A downloadable game for Windows and Linux

Because the game was made in a jam, i will not modify anything on the code until ratings are over but...
There was a lot of unsed assets so i cleaned things up and reduce the size of the file by half making it a bit easier to download :)

Before all, I want to explain that this is my very first game ever.
I only have 6 month of game development experience and havn't really done anything so far.

The game is not finished but it should be playable. I didn't had much time to balance the combat mechanics so I hope its manageable.

- a pet system (procedural generation as well) with evolution system

If people enjoy the game, I will put more effort into it and make finish it.
If not... it was an amazing experience for me and I'm super proud of myself anyway so it does not really matter.

I planned to have some kind of explanations for the combat system but in the end its pretty standard rpg mechanics :

So if you takes too many lvls in one world, monsters in the other will crush you. My advice, especially at the beginning, each time you lvl up, switch to the other world to lvlup there as well.

Also you regen when you pass trough the sanctuary

The boss fight uses you spirit world stats, try to be at least lvl 15 to have a shot (and all your spells unlock and a nice mana pool)

This is my first game... my first jam... my first so many things...
And to make it even funnier, I joined the jam a few days in so I only had 5 days to make that game... it was insane but so much fun.

I've lost a lot of time at the beginning thinking I had plenty... looking for asset and trying to make cool animations and stuff I had no knowledge about :
- Particles
- Tweens and animations
- all the switching of scenes mechanics
- combat AI
- skills and monster procedural generation
- audio
... and much more...

I lost almost a full day trying to understand how to make non glitchy collision... to give up and decide that my character will be a kind of ghost and therefore can go through stuff...

Yes... I know... duality, dreams and nightmares... I was getting much more into that but I didn't had enough time to make it as I liked.
The idea was to create many synergies between the real world and the spiritual world and make the boss a dream eating nightmare god!

Thank you very much and enjoy the game 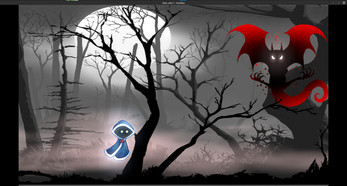 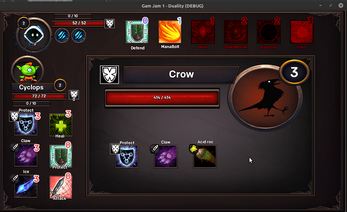 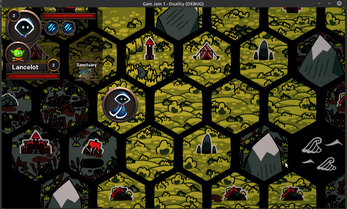 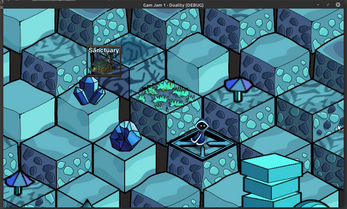 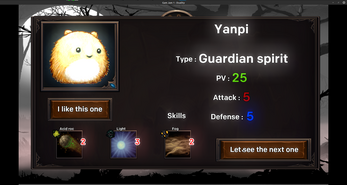 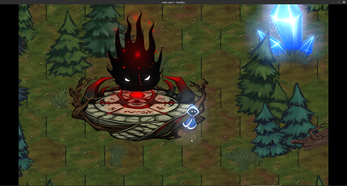